Have a customer that will not pay your invoices?

Our guide to how to deal with non paying customers

So, your customer won't pay your invoice?

The press is often full of horror stories about rogue traders and cowboy builders. But there is much less about cowboy customers who don’t want to pay for a job well done. This article looks at the issue from a number of practical angles. 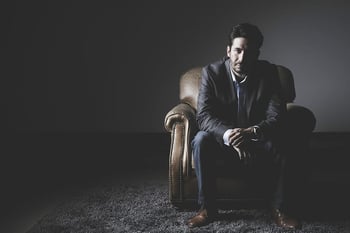 Back in 2011 it was reported that one tradesman lost almost £50k to a famous Chelsea footballer. They couldn’t afford to take it further and retrieve the debt, partly because the paperwork wasn’t watertight.

One plumber that I knew told me how he visited the home of a delinquent payer one evening. The house was in darkness and he noticed an open window. He climbed in and sat in the lounge, still in the darkness.

After the owner arrived home, he welcomed him before the lights came on, saying he had visited to discuss the outstanding money that he owed.

He got paid very soon afterwards.

Of course, I wouldn’t advocate this approach. It might have worked on that occasion, but there was undoubtedly a lot of legal and physical risk to him from this way of doing things.

However, it is true that fewer trade businesses have payment problems with their residential customers than the average business. After all, as they say, you know where they live!

But that doesn’t mean there’s never a problem. It’s important to understand the issue, how to avoid it and whether you can you sue someone that owes you money.

Avoid the problem in the first place

I have discovered from many years in business life that if people know that they are ultimately going to lose a dispute with you, they are much less likely to start it in the first place. That’s why having formal terms and conditions with a written contract signed by the customer or confirmed by text is so helpful. This should also include something like “If problems arise that could not have reasonably been foreseen, there will be an additional charge”. Also, if unforeseen issues arise or the customer changes the specification, make sure that these are noted and agreed with the customer at the time.

I understand that paperwork is the bane of all trade people’s lives, but proper paperwork covers you if there is a legal dispute and also reduces the risk of a dispute even happening.

Setting expectations correctly so that you both expect the same actual work, timescale and price is also very important. It helps the customer to avoid shocks. The work to be done should be discussed in detail and ideally, you should get the work signed off by the customer each week.

Try to avoid customers who give off warning signs, which may include ones that are over-demanding, unreasonable and ridiculously picky. And get at least some money up front. It reduces your risk by both ensuring that some of the costs are covered and gives you the first inkling of how likely they are to become a problem customer.

If there’s a problem, let someone know immediately and write it up, at a minimum as notes in your diary. If it ever comes to legal action, the person with the best records will often win.

If you are finding our guide interesting and would like to learn more about how the Powered Now app can help you to run your business, please just get in touch. We offer a free one to one demonstration of our software with a UK business expert. Sessions are usually 20 - 30 minutes with plenty of time for questions.

I have a friend that ran a golf equipment company that got into trouble. When he started realising that he was going down, he became a chronic late payer. As he reached the point of no return, he told me that he paid people that were being nice to him but ignored the ones that were nasty.

In contrast, I had a customer that also went down. We had been very patient with them. But after they went into liquidation the former managing director told me that we would have got more payment if we had been stronger with them at an earlier stage.

In both cases, they actually couldn’t pay everyone.

Of course, a lot of late payers aren’t going bust, which presents a different but more common problem: they simply won’t pay. If they are a really large customer, do you want to upset them by pushing too hard? If you don’t push a dishonest customer, will they be less likely to pay the more time goes by? And will you be less likely to pursue them after you have mentally written off the money? These are all hard questions for a small business to think about.

All in all, it’s not easy and this illustrates the point that there are differing reasons why people don’t pay. Knowing the reason why can be the difference between getting paid and not getting paid.

So here are some practical tips for how to head off payment problems before you even take on the work:

Doing the job and invoicing it

As the job progresses issues can develop that might lead to payment problems. Some actions to prevent this are:

If you are finding our guide interesting and would like to learn more about Powered Now please just get in touch. We offer a free one to one demonstration of our software with a UK business expert. Sessions are usually 20 - 30 minutes with plenty of time for questions.

Some useful principles to follow to help to get payment when it is overdue are as follows:

If you are dealing with a larger business, there are a few additional things to consider:

When the customer hasn’t got the money

If the customer genuinely doesn’t have the money, they won’t immediately pay you whatever you do, because they can’t. So, if they reach out to you to explain that money is tight and they need more time, be receptive. Getting angry risks the customer switching off and changing from thinking that they will pay you to a possible “screw you.” Instead, kill them with kindness. Then agree a payment plan for debt collection.

The reason to adopt this approach is if you took them to court and they offer a reasonable payment plan, it is very likely the court will accept it anyway.

If they are a business that is still trading but struggling, it’s different. They have some money, it’s just a question of who gets paid. So be insistent while being unfailingly polite and nice. Go to legal action moderately swiftly so that you get paid ahead of the rest. After all, as illustrated by the earlier story, only some creditors will get paid, and you want one to be you.

When all is said and done

At the end of the day, we do jobs for customers in order to get paid. And not getting paid really doesn’t work.

My hope is that some of the advice here can help. All of the best and here’s to happy collecting!